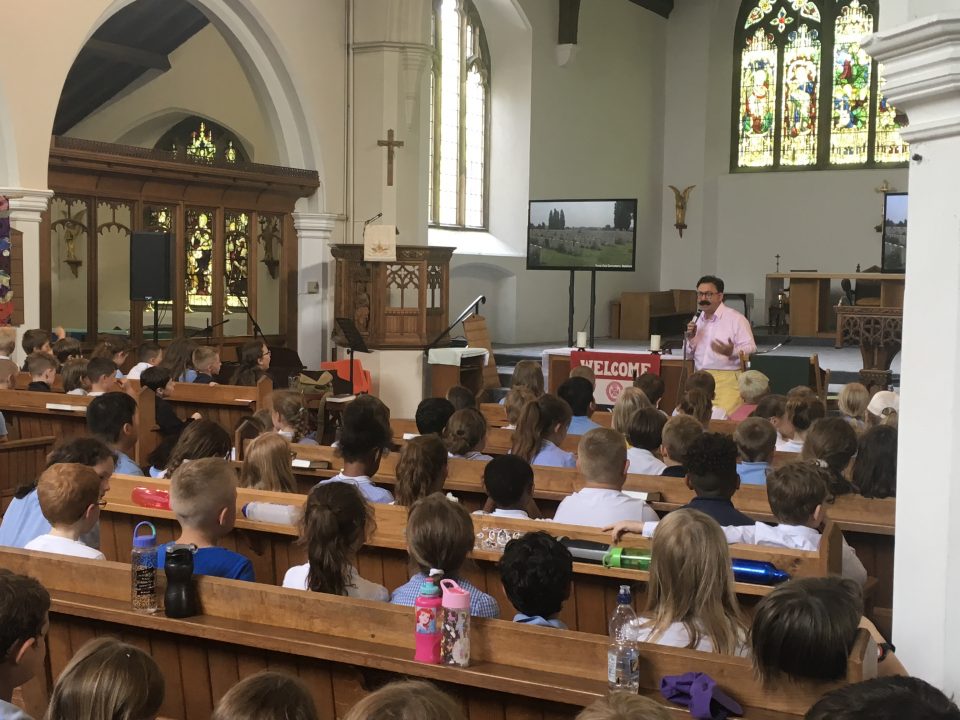 14 months after our Working as Historians project was launched at St Barnabas Church, children and staff from Wensum Junior School and families and community members returned to the church to mark the close of the project. While much of the work took place during the summer term of 2017, work on the project continued into the new academic year. A group of 20 children joined staff each Monday afternoon after school during the autumn term to complete work on the website. They identified and plotted addresses where the men lived; they edited and added content to the timeline; and they transcribed quotations from the school’logbook of the time. In November we were invited to lay a wreath at the city’s Remembrance Day service, and last month, a group of 41 children traveled to France and Belgium to complete the story for 7 of ‘our lads’ whose names are engraved on the wall at Tyne Cot Cemetery. It has been an epic journey from the streets around our school to the fields of Flanders in Belgium. A huge thank you to all involved for making this project such a huge success and for providing our children with a genuine opportunity to work as historians as they explored the people, the streets and the stories of our local community and their place in one of the most important events of the 20th Century.