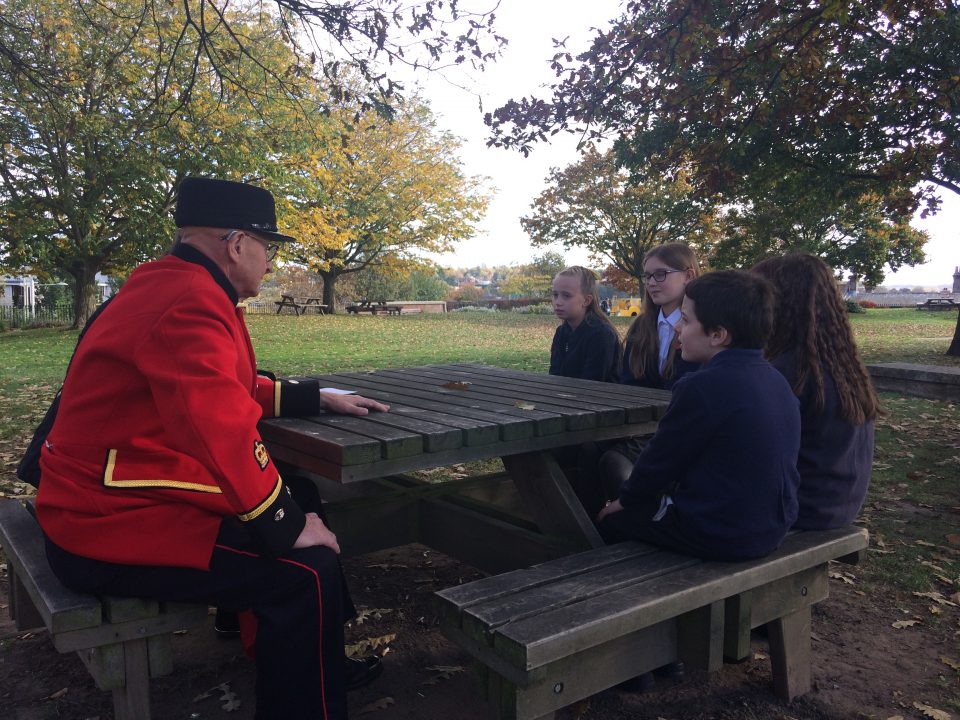 We were lucky enough to be invited to join representatives of the British Legion and serving personnel from RAF Marham for the official launch of this year’s poppy appeal.  Neil Storey and Fiona Kay joined four of our children and their parents, Ms McConnell and Mr Hubery at the poppy shop in Castle Mall for the event.  The children were involved in the official photoshoot for the launch and got to interview a Chelsea Pensioner, from the Royal Hospital in Chelsea to find out all about his life in the forces.  Thanks to Amelia, Isabella, Jack and Eva (and their families, of course) for taking time out of their half term to get involved.  Look out for coverage in the press over the coming days.